Your NFT Could be the Next Beeple's Crossroads If Buy Early 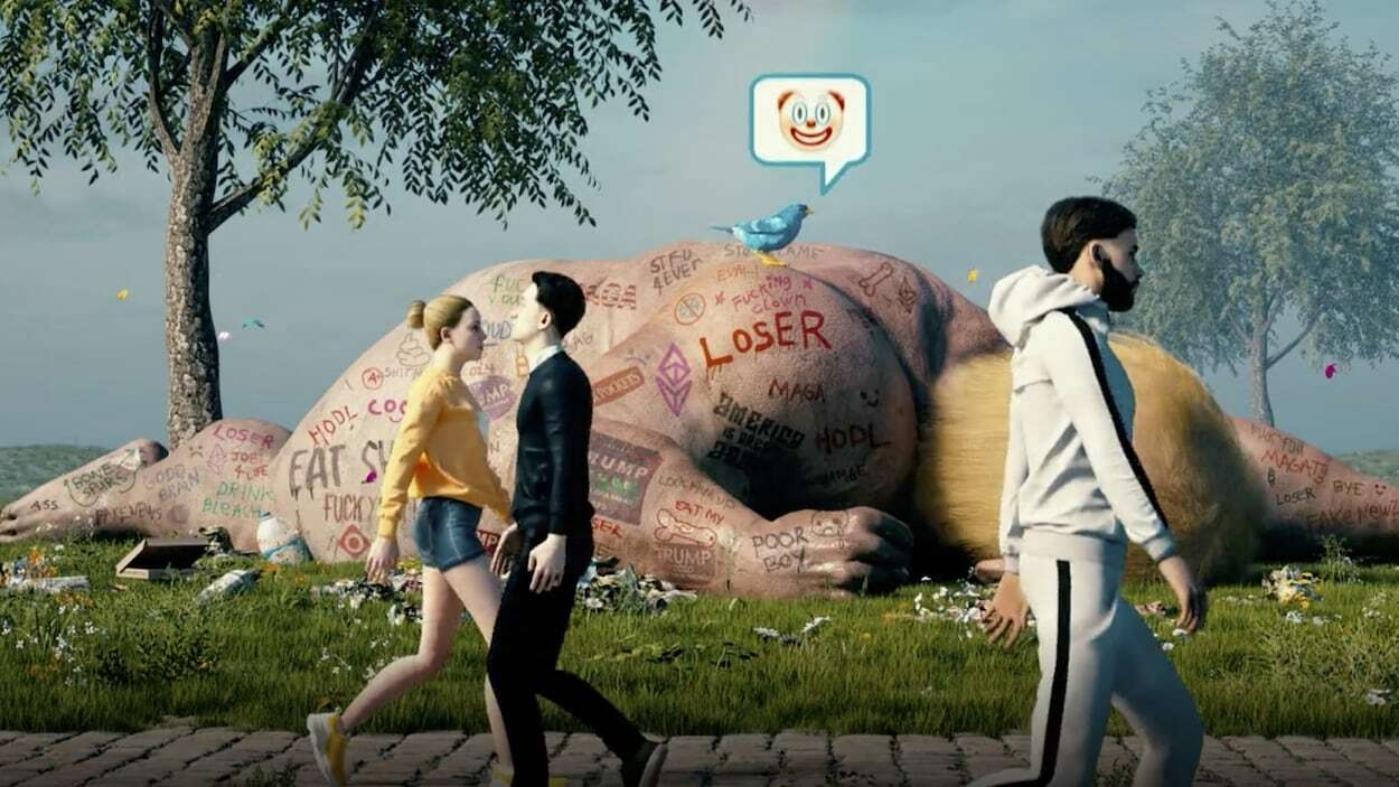 With the viral news about the value of Beeple's Crossroads, a lot of people became curious about NFT, especially the artist responsible for creating the viral digital art, Beeple. They want to get instant money from the increased value of their future NFTs. 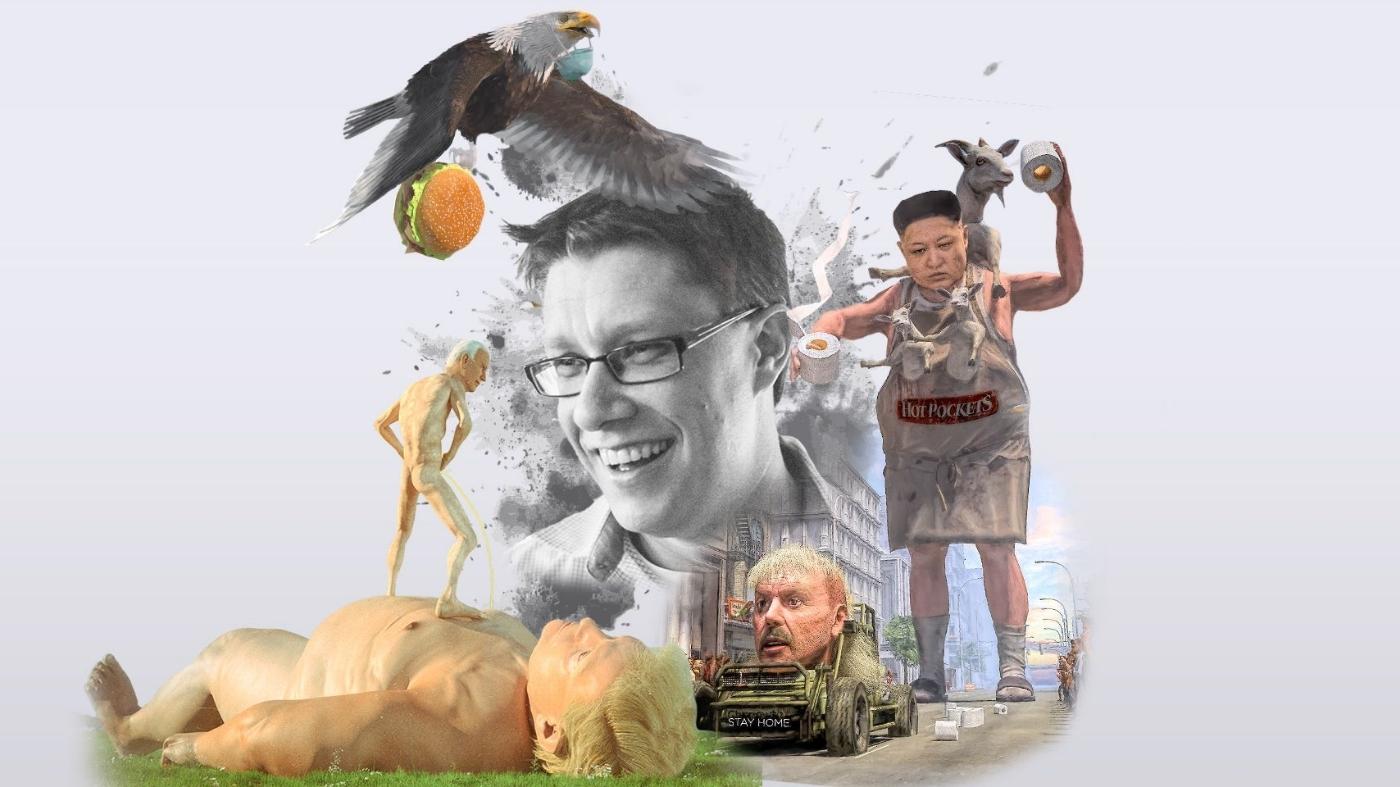 Michael Joseph Winkelmann is the man behind the artist name Beeple. He was born on June 20, 1981, in Wisconsin. Beeple is known as a digital artist who became famous because of his valuable NFTs. He also has a computer science degree from Purdue University. Most of Beeple's digital arts are his phantasmagoric commentaries on social and political issues. His three-dimensional digital arts often also refer to pop culture figures who are recognizable by a lot of people to depict the latest events.

Earlier, Beeple's digital arts were worth thousands of dollars. However, when the trend of NFT artwork spread to the entire world, his digital arts were sold for millions of dollars. At his early stage in the world of NFT, he made $3.5 million for his work. Some of his most valuable NFTs are Everydays: the First 5000 Days, Human One, and Crossroads. All three of those NFTs are included among the most expensive NFTs ever sold. When it was sold for $69.4 million on March 11, 2021, Everydays: the First 5000 Days became the most expensive NFT ever purchased by a single investor. The NFT features 5000 images of the first Beeple's creations that he made every day for 13 years.

Moreover, Human One is the second Beeple's highest-priced NFT with a value of just under $29 million. Even though it is the lowest-priced among Beeple's three most valuable NFTs, Crossroads is so special as it is one of his first NFTs ever sold. 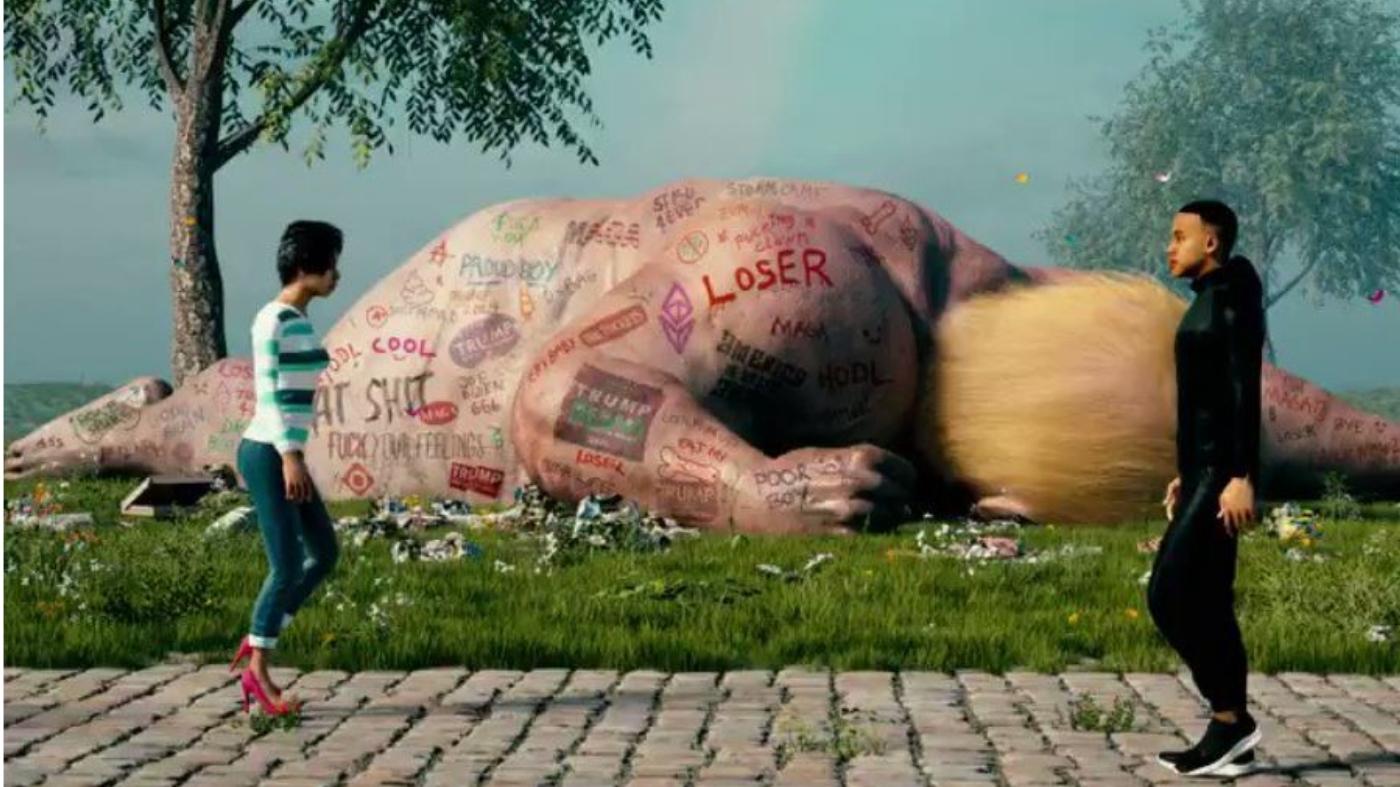 Beeple's Crossroads became viral for its huge increase in value in a reasonably short period of time. At first, the NFT was sold for $66,666.66, which is quite a lot for a piece of digital art, but it was nothing compared to the most valuable NFTs.

Then, several days before it was about to be auctioned by a British auction house, Christie's, Crossroads was sold for a whopping $6.6 million. It was almost one hundred times more expensive than the original value. Before that, the value of the NFT was bid up to $1.8 million within hours.

The Up and Down Value of an NFT 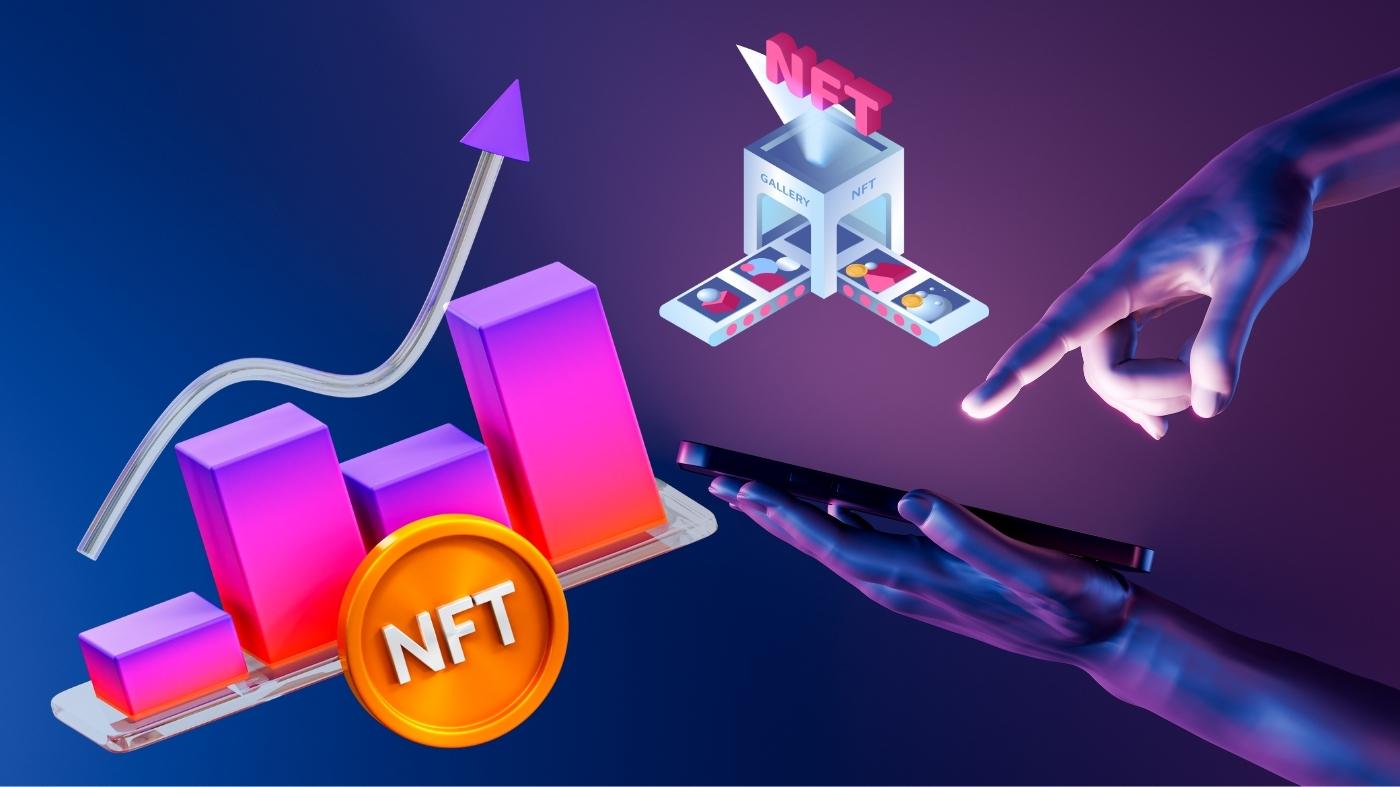 As you are probably familiar with already, each NFT is unique and can not be duplicated. That exclusivity is the main reason these NFTs even have some value in the first place other than their aesthetic value. However, the value of certain NFTs is not fixed since they can be bought again and again at very different prices. An NFT can be sold again for much more expensive than the original price within years, months, days, or even hours, but it is possible for the NFT to drop in value as well.

As an example, the Crossroads NFT could multiply its value, possibly because of the timing of the purchase. The NFT was sold when people started to join the trend of NFT. With the increasing popularity of Beeple himself, along with a bit of luck, the value of the NFT was going to the moon very quickly. Most of the highest-priced NFTs are the ones that are exclusive, unique, and often have other connecting NFTs, which can be one NFT collection. That exclusivity and collectability make a lot of people willing to pay more than other people to get that certain NFT, which results in the price being mind-blowingly expensive.

Most of us can only dream of buying those highest-priced NFTs, but it does not mean that we are not able to own some soon-to-be highest-priced ones. You can do some research to find new NFT projects with huge potential and join them as early as possible to get affordable NFTs before they blow up. Still, you have to be careful with NFT scammers. You can find new NFT projects from yet unknown artists who have potential, or you can join new projects from already known artists. One of the examples is a new Beeple's NFT project with a pop superstar Madonna. 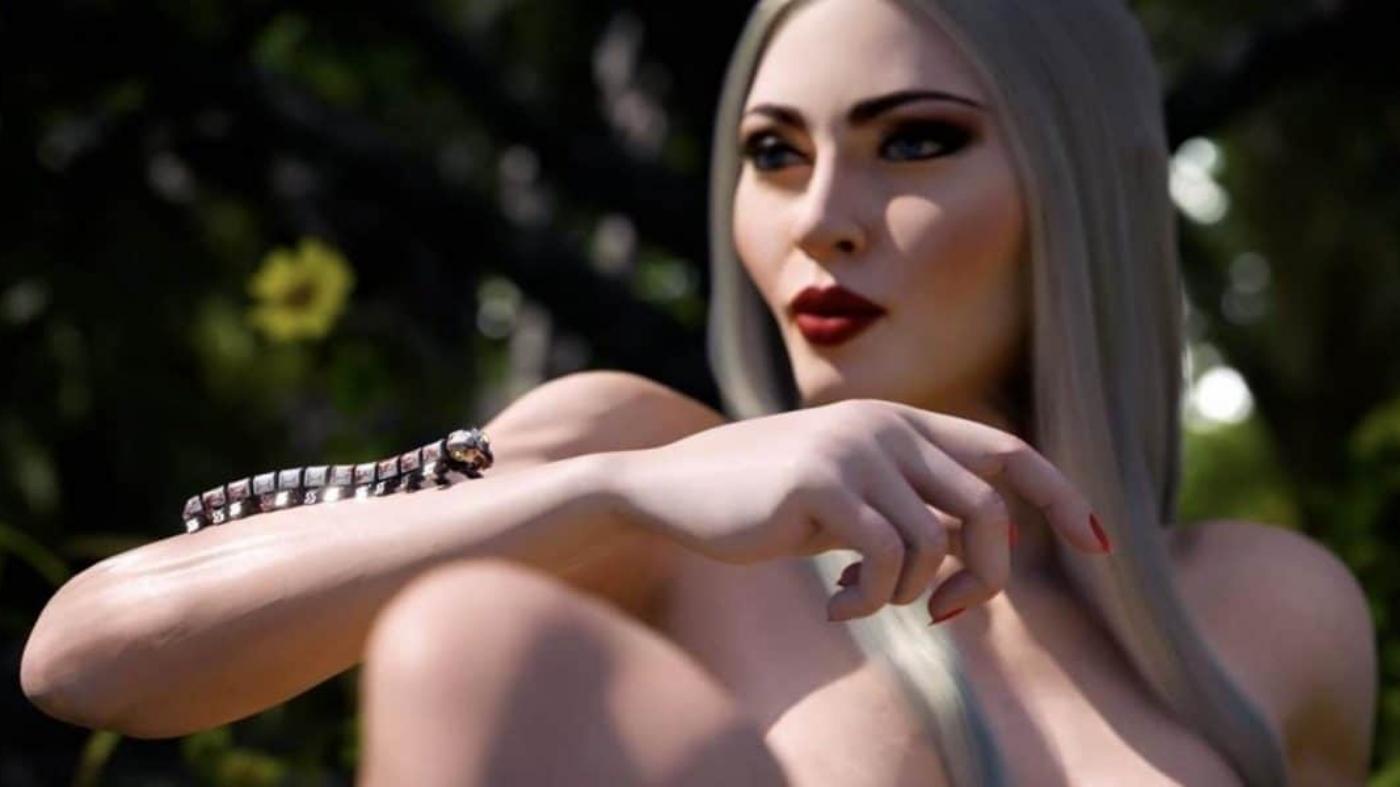 Outside of the viral NFT, Beeple has recently done a collaboration with a pop superstar, Madonna, to create three digital art NFTs. Those three NFTs are three-dimensional videos named Mother of Nature, Mother of Evolution, and Mother of Technology. Those NFTs are included in one of Beeple's NFT collections called Mother of Creation.

Firstly, Mother of Nature shows a tree that comes out from Madonna's lady part as if it was her newborn baby. The tree then grows bigger complete with naturally realistic tree features. The video is set in a laboratory facility with very detailed graphics.

Then, Mother of Evolution is set in a destroyed city. Hundreds of butterflies are shown coming out from Madonna's lady part as she is sitting on top of a rusty car. Last but certainly not least, Mother of Technology shows Madonna giving birth to robotic centipedes in the middle of a jungle. The video depicts that the natural environment can go side by side with modern technology.

The proceeds of Mother of Creation were intended to be used for charity. There are three specific organizations for women and children that the NFT project helps. Those three organizations are Ukraine's the Voices of Children Foundation, the City of Joy from the Eastern Democratic Republic of the Congo, and Black Mama's Bail Out.

Just like Beeple's Crossroads, It is not impossible for an originally rather affordable NFT piece of art to multiply its value in the future, and who knows if you were the owner of that NFT piece of art. Moreover, with an NFT project like Mother of creation, you are allowed to make an investment while helping those in need.