Discover “Ghozali EveryDay,” the King of NFT in Indonesia 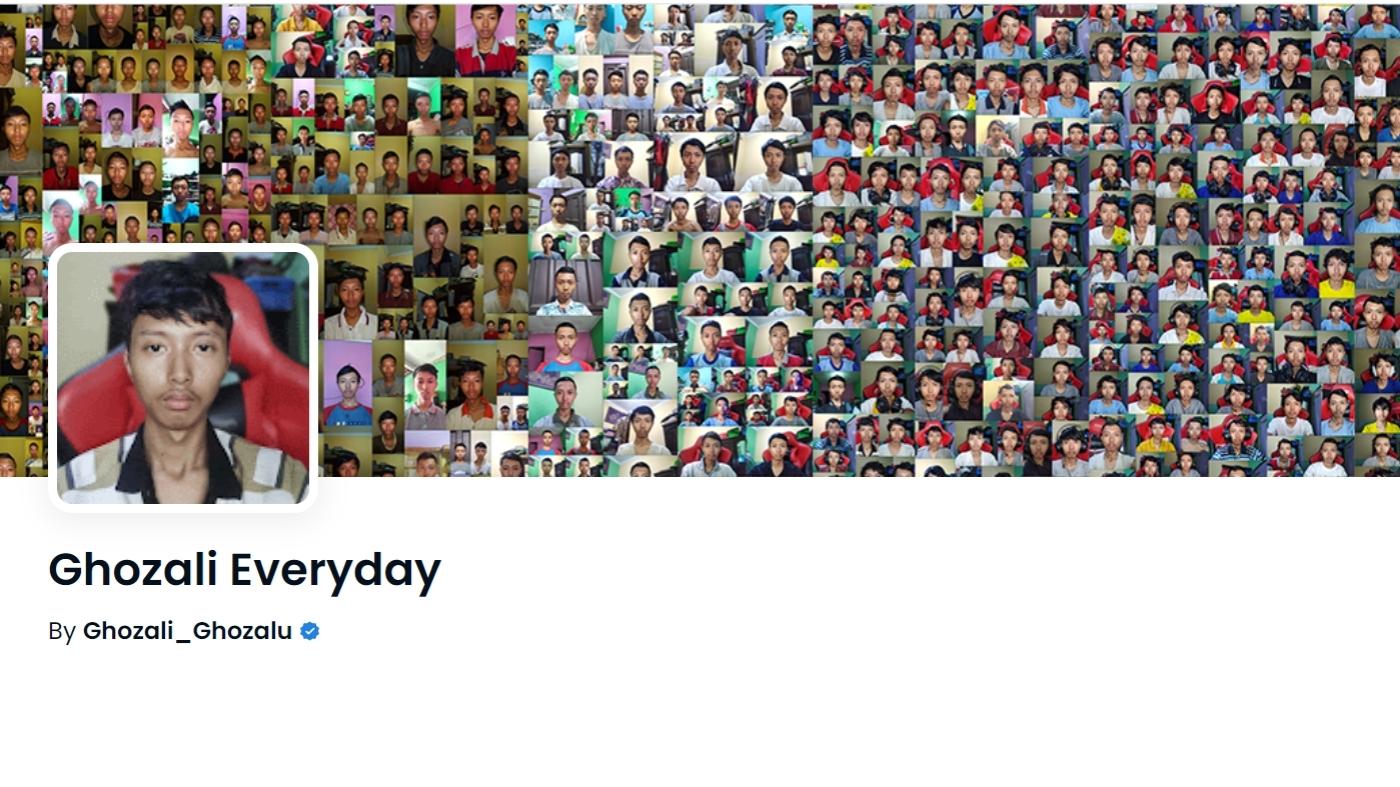 The  NFT is currently trending in Indonesia following the viral news of a student called Sultan Gustaf Al Ghozali, also known as Ghozali Everyday NFT, with his selfie shot. He became an unplanned millionaire since his selfies sold well in the thousands on NFT. Let's peek at his profile and see how much money he makes by selling NFT selfies.

Who is Ghozali NFT? 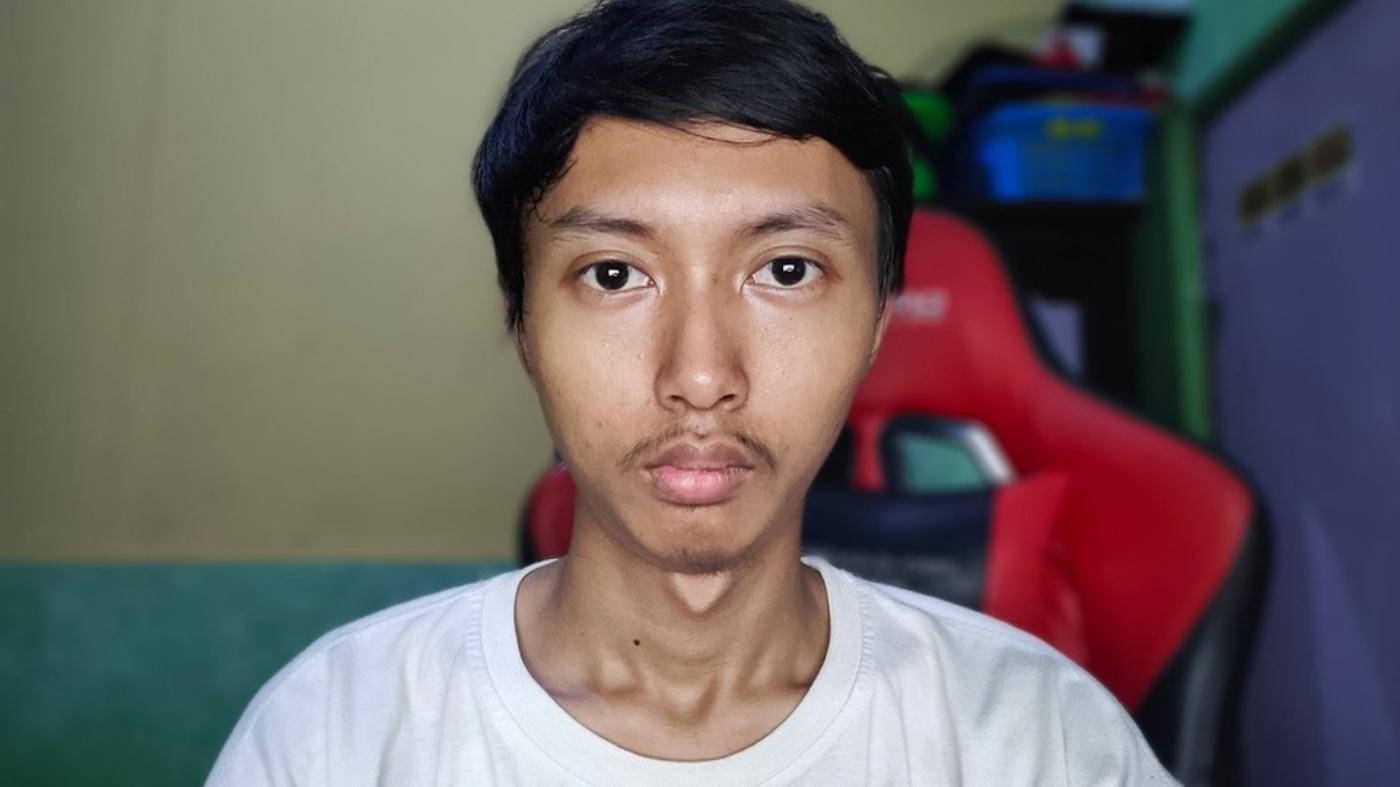 Ghozali, an Indonesian teenager, quickly got a lot of attention on social media. Ghozali Sultan Gustaf Al Ghozali is his full name. He is currently a final-year student at Semarang's Dian Nuswantoro University (Udinus). Ghozali Every Day is a prominent animation student at his university, and he was formerly a student at Semarang's SMK Negeri 5. Ghozali is a Valorant gamer who enjoys AOV (Arena of Valor) games.

This teenage boy is also a standout student at university. Since the third semester, he has been one of the students who has obtained a scholarship. In addition, Ghozali has won several international events.

Ghozali Every Day, as previously stated, is a student in the animation studies program at Udinus' Faculty of Computer Science. He frequently posts his animation and 3D work on Instagram under @ghozali 3d. He has become popular since he made IDR 13.8 billion selling selfie images in NFT format. He sells 933 images on OpenSea through his Ghozali Everyday account. Over 430 people have purchased Ghozali's portrait for 288 ETH.

This selfie began when he was 18 years old in 2007. He takes selfies in front of the computer every day. Despite missing a few days, his selfie album has over 1000 photographs. Every day, he takes selfies for a time-lapse project. Noah Kalina's idea served as inspiration for him. Then the notion struck him of snapshots every day in front of the computer.

From a joke to a millionaire

Becoming a billionaire is not the main goal. He collects photos in front of the computer every day for a timelapse project later when he graduates. One day he had fun uploading his photo on OpenSea. He thought it would be impossible for anyone to buy his photo, and he also wrote on his Twitter account that it would be the funniest thing if anyone bought his photo. Unexpectedly selfie photos of him were bought and even made him a millionaire.

Ghozali Everyday NFT first learned about NFT in college and on the internet. He assumed that NFT only included 2D and 3D works at the time. Ghozali, on the other hand, believed it would be unusual if his face image were offered in the nft marketplace in NFT format.

Ghozali purposefully established a high price for no one to buy his selfies. He had no idea his shot, which he originally published to OpenSea on January 10, 2022, would be pushed in the NFT community until it became popular.

After selling so many images, he hopes the buyer does not misuse the image. He also hopes that no negative memes about him will be spread. Although selling NFT selfie images is incredibly appealing, you should exercise caution when selling photos of yourself. 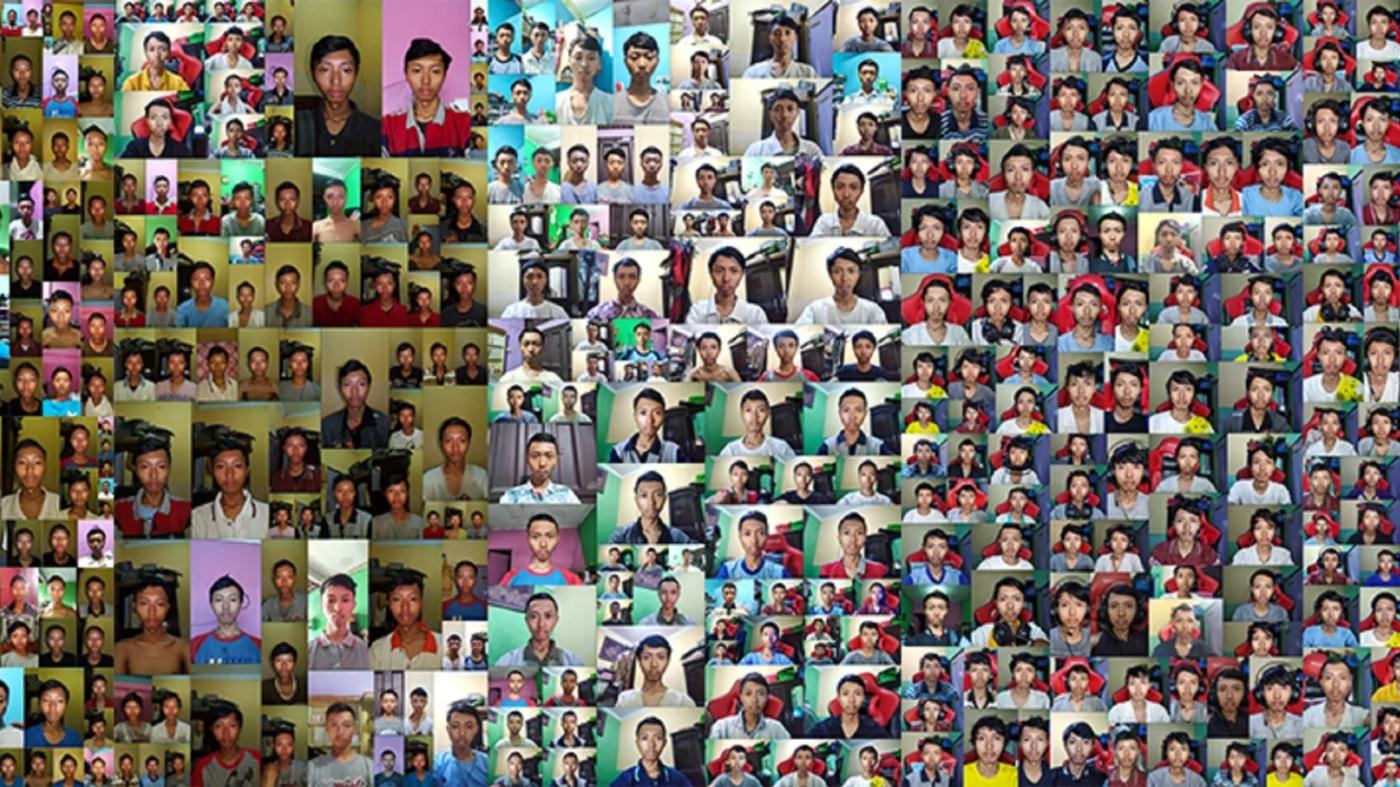 This story can inspire you to take selfie photos every day. The key to everything is consistency. If you have the intention to make it, take your photo every day for 5 years, then sell it on the NFT market. Who knows, luck is on your side.

How Much did Ghozali Make? 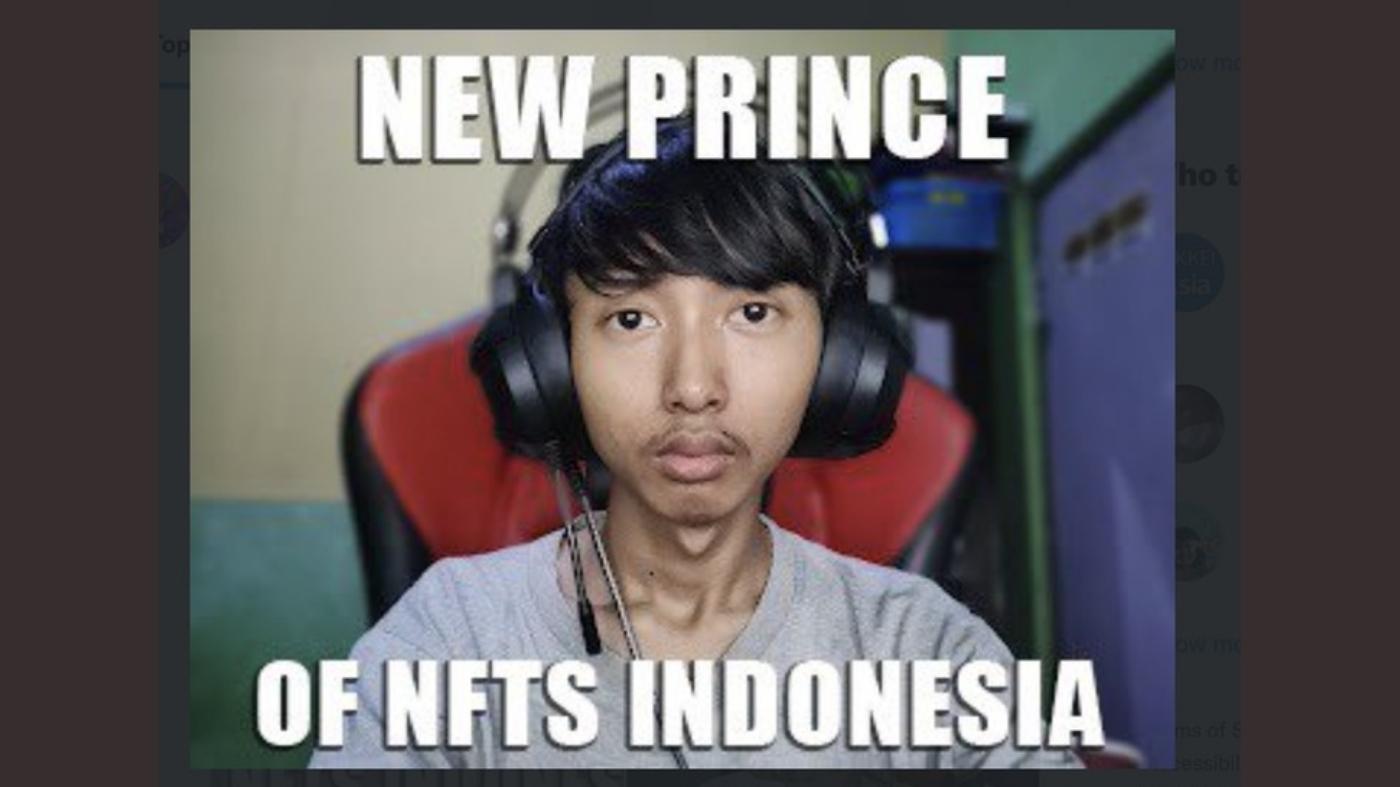 The compilation was released on January 9, 2022, with each image costing USD 3. Before falling marginally, the market price quickly hit 0.9 ETH (about USD 3,000) per piece. The collections fulfill these requirements volume on OpenSea as of January 14, 2022, was 314 ETH, that's more than USD 1 million.

Two well-known people, Reza Arap and Chef Arnold were some of the buyers of NFT Ghozali. Reza Arap was willing to buy NFT Ghozali because he wanted to honor the innovative young man's five-year commitment to selfies.

His profits had surpassed $1 million at this time. It also includes royalties generated once sold NFTs are exchanged. In addition to being a billionaire, he's become an instant NFT star, which had left the teenager perplexed by the exposure. 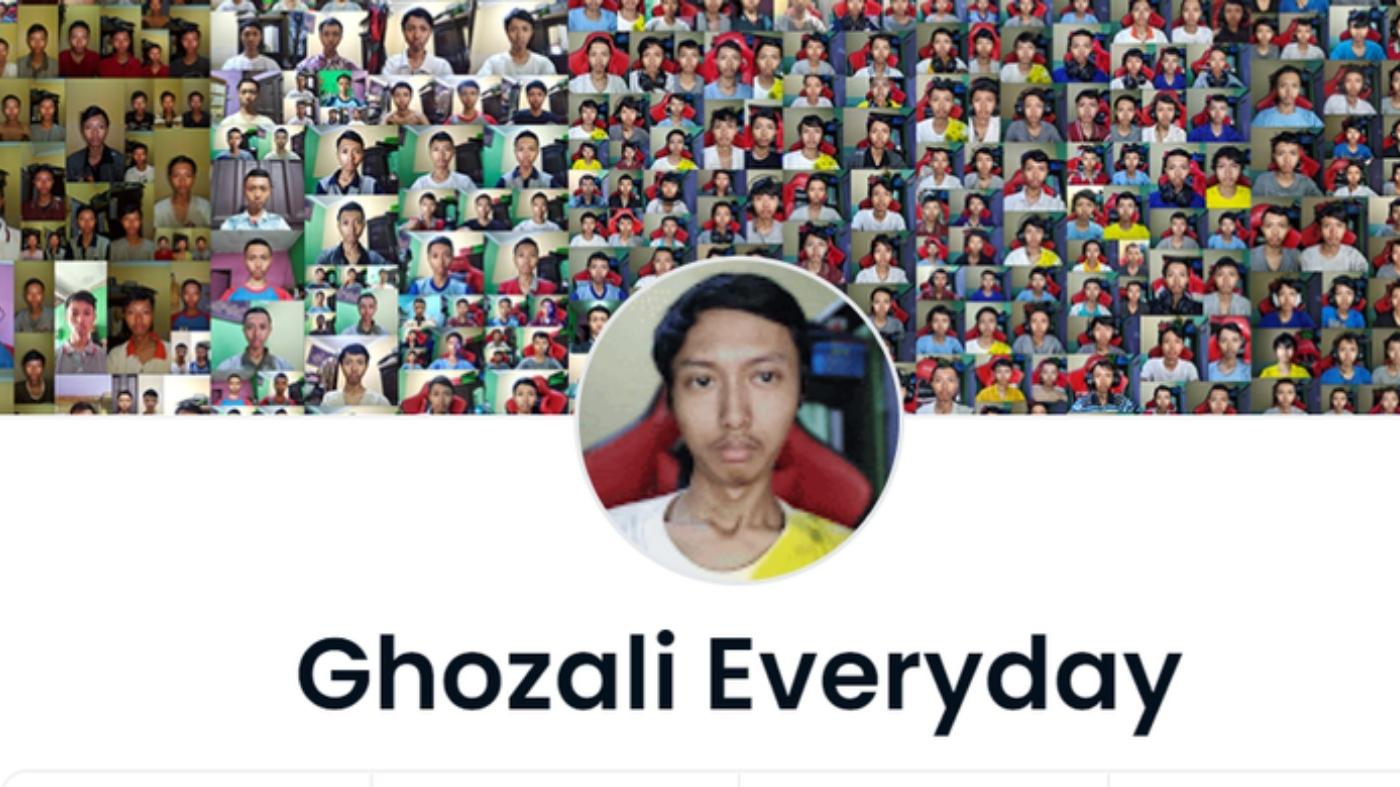 What should be done next is to pay taxes on his earned income. This new fortune prompted the local tax authorities to advise him as a warning for him to pay taxes. He said he would pay for it because he is a good citizen of the Republic of Indonesia. And after all, this wealth made him make the first tax payment of his life.

That is the profile of Ghozali everyday NFT, a smart student who is lucky to earn billions by selling his NFT selfie photos. With this news going viral now, many people are interested in NFTs, and local Indonesian NFTs are spreading. Are you interested in taking selfies every day like Ghozali?