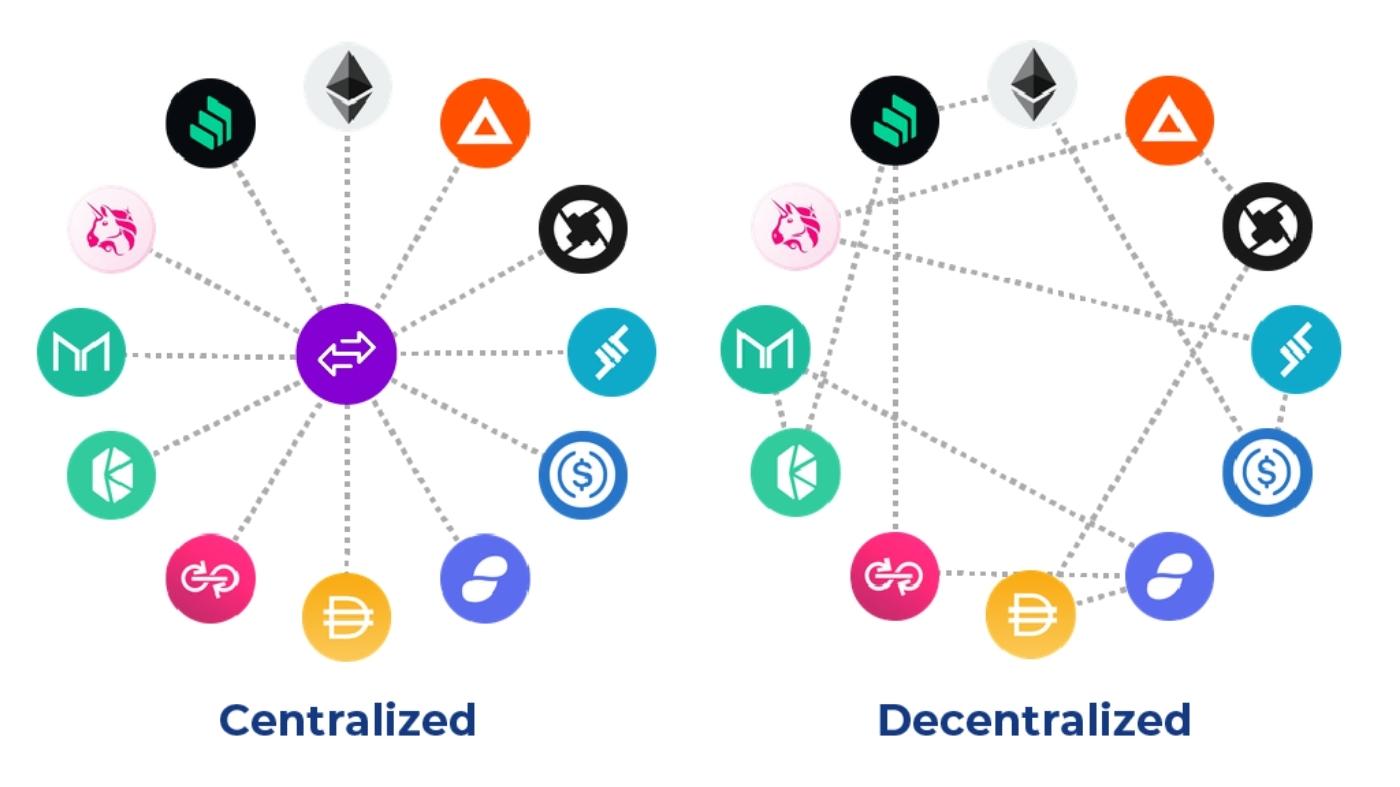 What is a Decentralized Blockchain 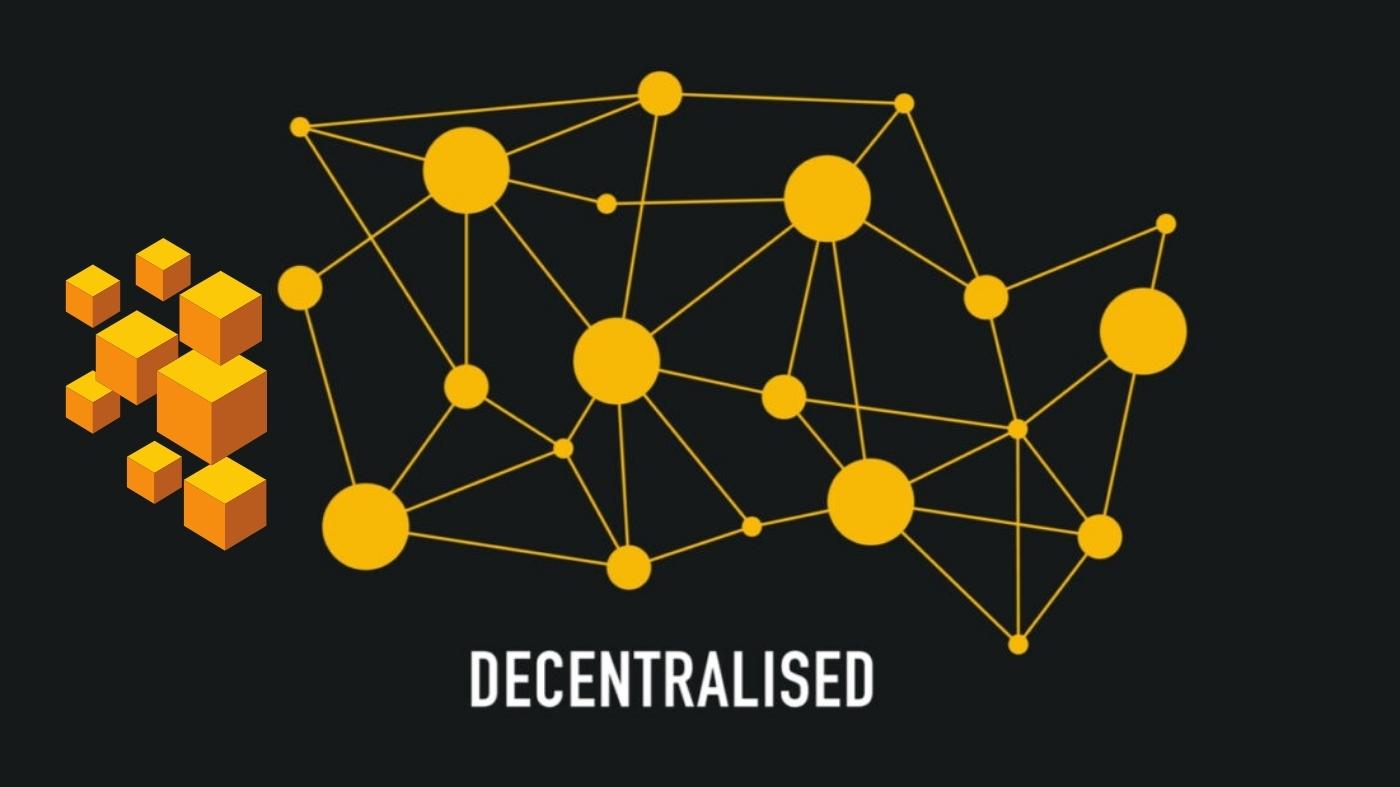 In blockchain technology, decentralization can be defined as a transfer of decision-making and authority from one centralized system, which could be a group, organization, or an individual, to one single decentralized network.

The objective of a decentralized blockchain is to lessen the amount of confidence all users need in one another. Also, it's employed to limit the participants' capacity to assert their control over others in a way that could harm the entire network's operation.

To put it simply, if one user sends a cryptocurrency to another, there is no need for the transaction to go through a centralized system. However, this does not automatically imply that the said transaction is not valid. Thousands of computers hooked up to the network are in charge of helping validate all performed transactions.

What is a Centralized Blockchain 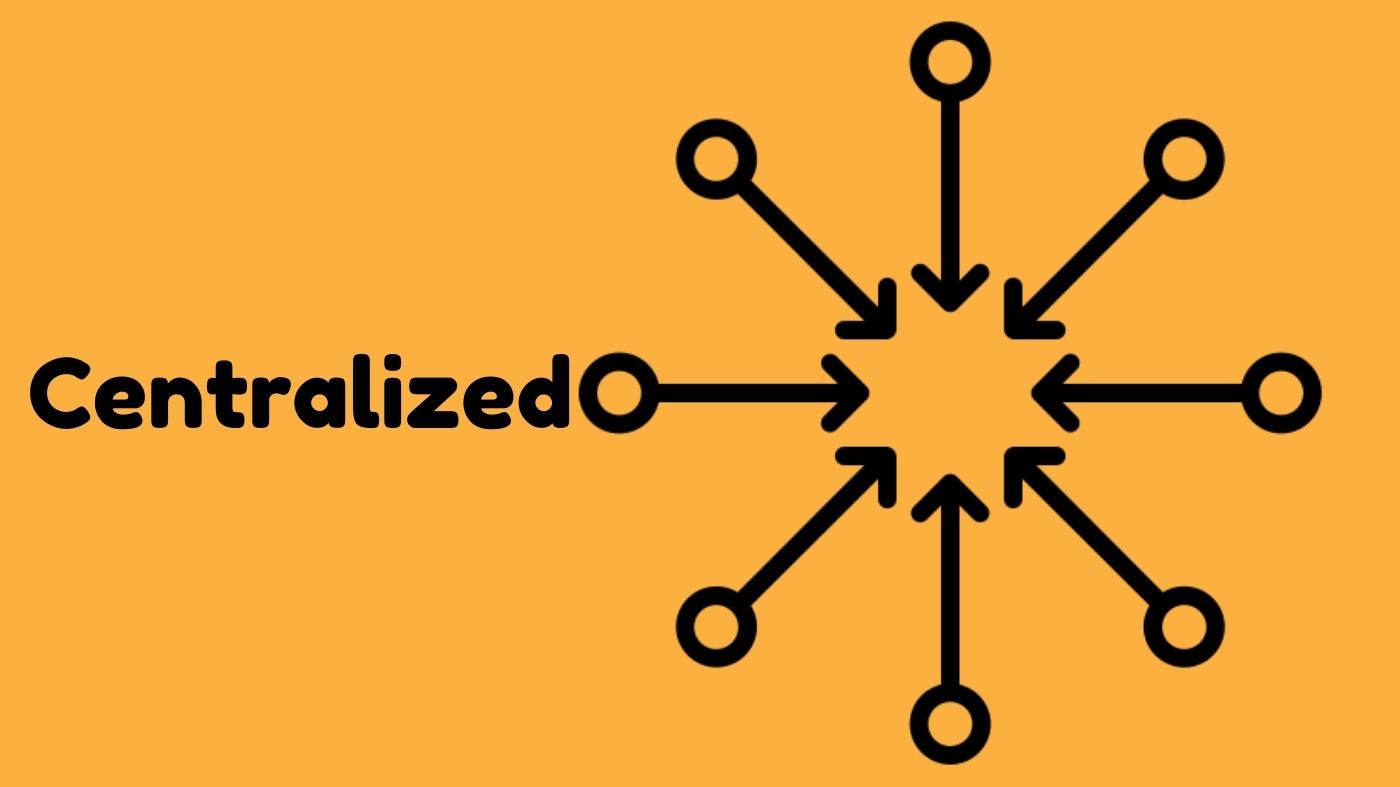 The concept of centralization in blockchain technology refers to the employment of a third party to assist with transaction processing. Buyers and sellers involved in the transaction will need to entrust their assets to this third party.

The setup is in place to provide supervision and security that cannot be provided by users themselves. In the case of the blockchain network, this setup will not only guarantee the safety of the users' transactions. However, it will also leverage the exchange's network of participants to discover other users for trading.

In cryptocurrencies, all users' assets are saved in digital wallets. If you happen to forget your key to your wallet, you might lose a considerable sum of digital currencies. A centralized network will obviously not allow this to happen since it protects users' assets.

What Are the Differences Between Decentralized and Centralized Blockchain 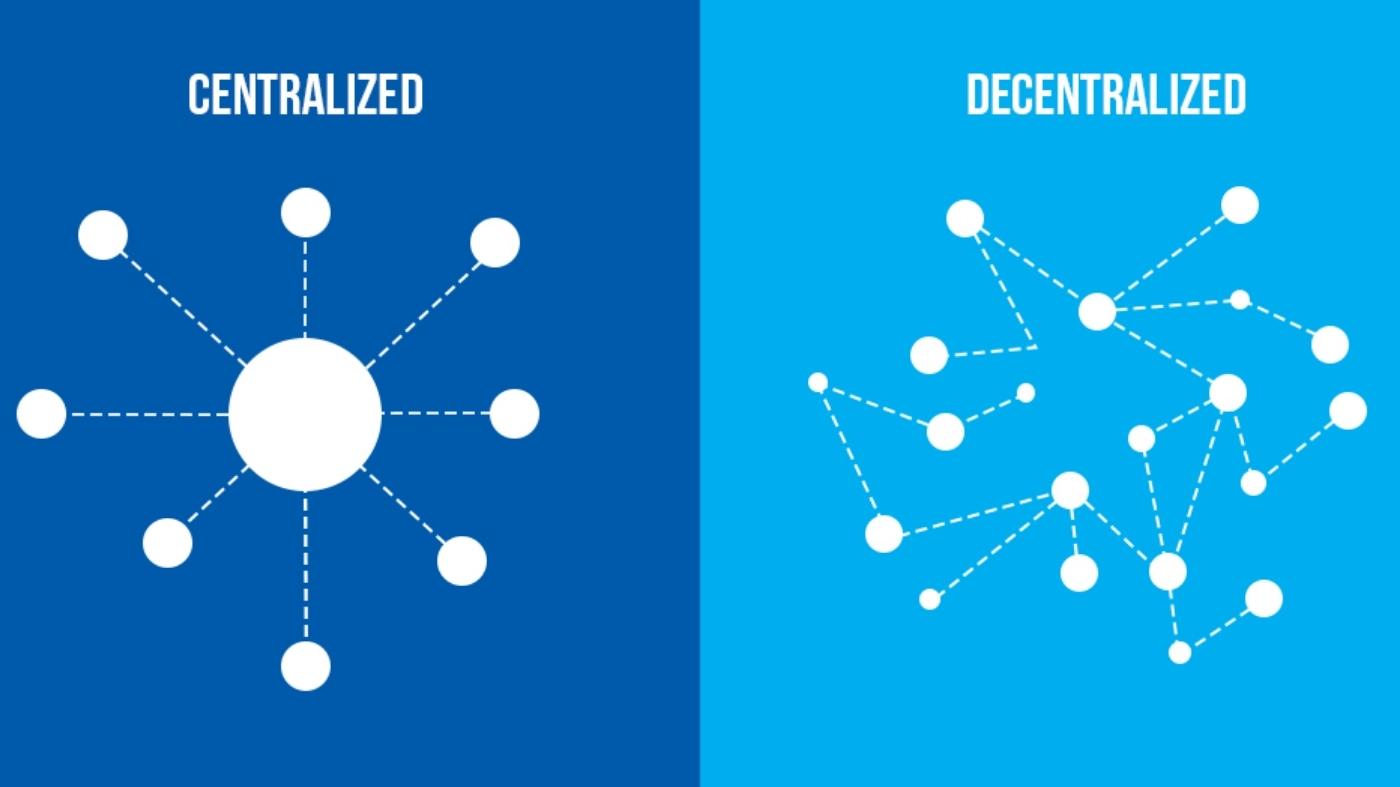 To better understand the topic of decentralized vs centralized blockchain, let's take a look at the critical differences between the two in the following elaboration.

As briefly mentioned above, the network of a decentralized blockchain is owned and shared by all the involved participants. They have complete control over their own transactions. This means they can perform a transaction without requiring a middle man from a centralized network.

As for a centralized network, everything is controlled and maintained by one single authority in a particular centralized location. For that reason, users will require a middle man (centralized management) to validate all transactions.

This difference point is still closely related to the above. As you know, a decentralized network is in complete control of its users. This means the peer-to-peer model of this system is less susceptible to malicious activities, such as manipulation or infiltration. If one wanted to do so, they would first have to hack every participant.

While a centralized system is controlled by a single authority, it doesn't mean it's 100% secure. Instead, the system is much more vulnerable to cyber-attacks. A hacker just has to get beyond the central network's defense system. From there, they will be able to get access to all users' data, including their digital assets.

A decentralized network provides an immense degree of privacy for its users. Rather than going through one single point, data saved on the system is distributed over numerous points. This, of course, makes it more difficult to track data flows within the network.

Unlike decentralized platforms, a centralized network instead requires the users to go through the process where there is no anonymity when processing transactions. This makes users' data prone to be a target of malicious individuals who want to go after their assets.

In terms of liquidity, a centralized exchange system is relatively higher than its counterpart. The reason for this is that all users in the network will perform a transaction following the market trends. If a particular asset is in high demand, many will immediately sell or purchase it.

Instead, this becomes the drawback of decentralized networks as users often experience difficulty cashing out. The number of money users can spend at once is frequently limited. Besides, the converting process involves many complicated steps. Also, only a few businesses are currently accepting cryptocurrencies.

A centralized system is much easier to regulate compared to the decentralized one. The former usually requires official licenses issued by the region where the platform is operated. In its operation, the centralized platform must adhere to the existing rules.

Is Decentralized Better Than Centralized?

The primary difference between decentralized and centralized exchange networks is the presence of a middle man. The former does not require any third-party employment, while the latter does. The question is, which one is better? Are decentralized networks better than decentralized ones? Or is it the other way around?

When comparing the relative benefits between decentralized and centralized networks, it's important to remember that no single configuration is superior to another. Each network comes with its own advantages and drawbacks.

In terms of cryptocurrency, for instance, a decentralized blockchain is relatively more secure than the centralized one. However, the latter employs one central system, which many believe is less prone to cyber-attacks. Yet when it comes to liquidity, the centralized network is higher as compared to the decentralized system.

Indeed, in addition to crypto, more and more industries and organizations have begun to explore and adopt the decentralized system. Yet still, it doesn't always have to be a hundred percent decentralized since any blockchain solution's primary objective is to provide what its users require, which the decentralization may or may not be incorporated.

This concludes our decentralized vs centralized blockchain comparison. You should have a fair notion of what each of the systems has to offer by now.