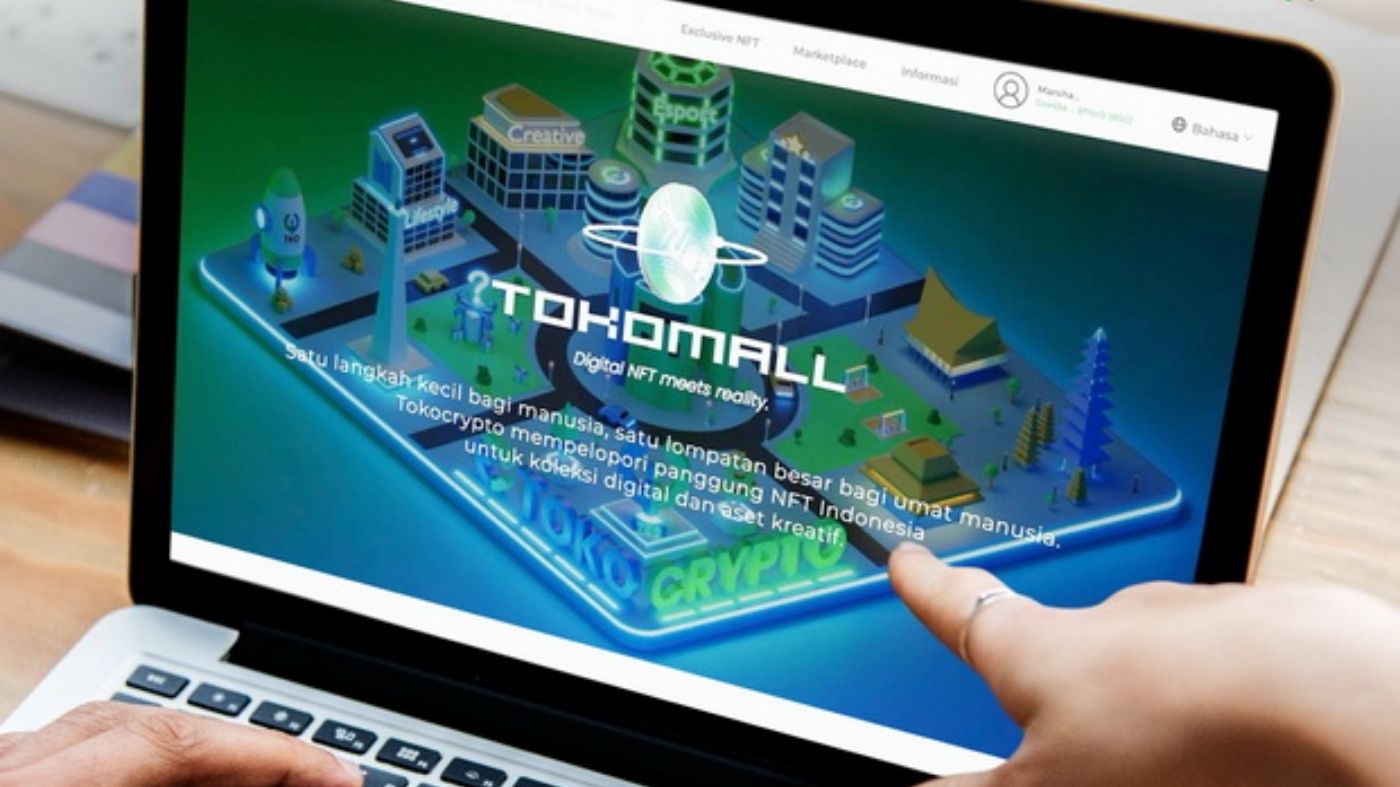 The NFT marketplace Indonesia is very popular for purchasing and trading digital assets to help artists and collectors sell their collections. The NFT performs digital asset transactions with blockchain type.

The Indonesian NFT Marketplace is considered one of the ways to reduce the risk of transactions in foreign marketplaces. There are many cases of scams or hacking going on out there.

Therefore, the local NFT marketplace is believed to protect Indonesian NFT artists. It means they and investors can take refuge under domestic regulations.

In fact, transactions in NFT are the same as trading activities in general, the NFT market involves buyers, sellers, buying and selling places with the rules of the institution concerned. But, the trend NFT marketplace Indonesia does not have many users. Because, investors consider the legality and security of NFT to be inadequate.

In fact, the more people who join to invest, the more crowded the NFT market will be. Therefore, there are many local NFT marketplaces that have emerged at this time. It is hoped that in the future, marketplaces will continue to grow.

One of the most popular NFT Indonesia is Tokomall. This marketplace has a total of 8000 NFT collections and 80 official partners. Partners of TokoMall NFT's are NeverTooLavish, I Love Indonesia, Banyan Core, Si Juki, and others.

The trend of NFT Marketplace Indonesia is also marked by the emergence of NFT communities on Telegram and Discord which specifically discuss local NFT. The community is a place to share knowledge with each other. Every member of the community must support each other. For example, in the case of NFT Ghozali, the community that made it sells and has a high price value.

Actually, NFT security is also considered safe, because it runs on decentralized, transparent and fast blockchain technology. However, on the upstream and downstream sides, improvements need to be made. Such as the understanding of people regarding copyright or intellectual property (IP), so that there are no longer cases of piracy of NFT works or fraud.

Curious what are the original NFT marketplaces developed by Indonesians? Here is the list. 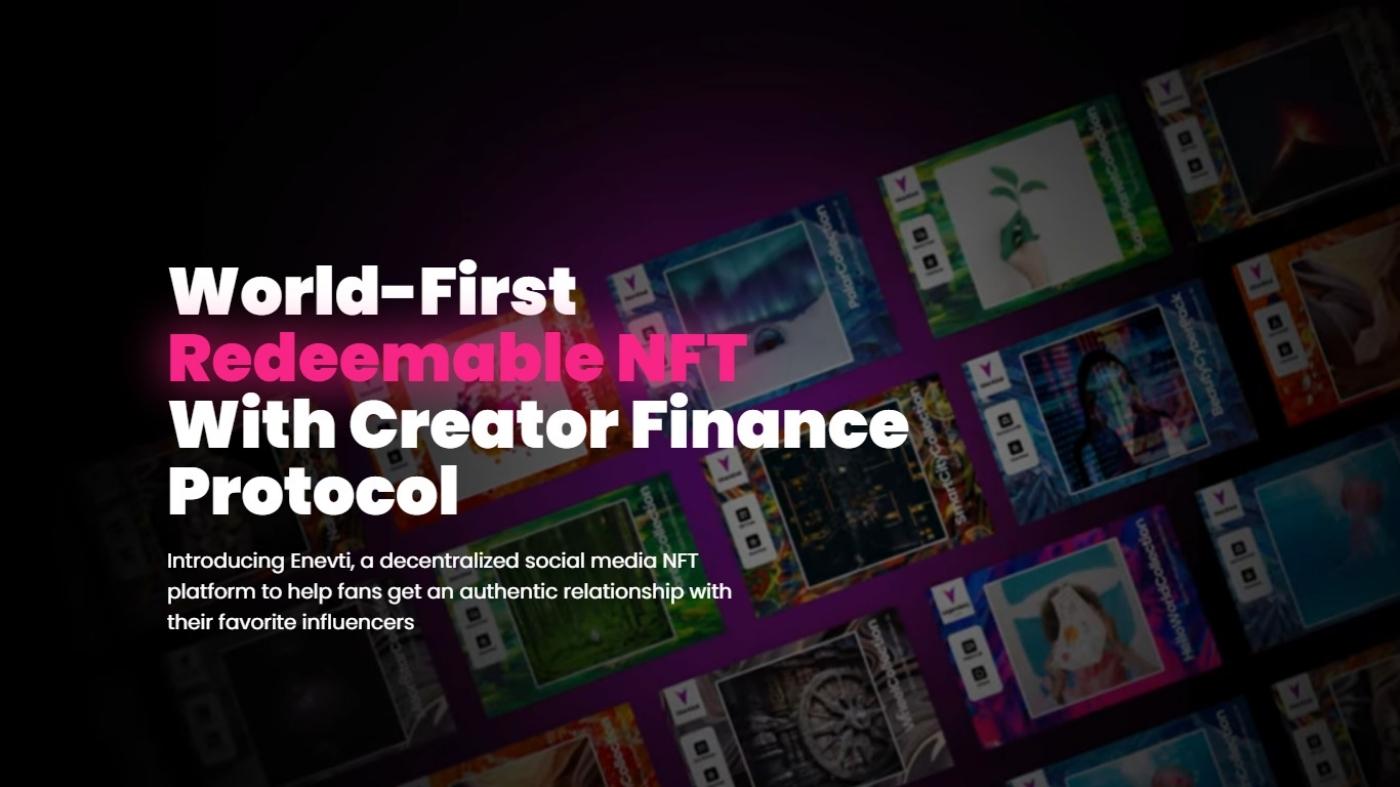 Very Unique! Enevti has the concept of being an authentic liaison between fans and has some innovative programs. There are redeemable NFTs that can provide exclusive functions for the holder.

NFT holders can interact directly with their idols, video-calling, or give exclusive gifts. Enevti is a decentralized platform that helps fans connect with real influencers.

Therefore, fans' relationships with their favorite creators become closer because fans can connect with influencers anytime and anywhere. The NFT can redeem with the creator financing protocol. 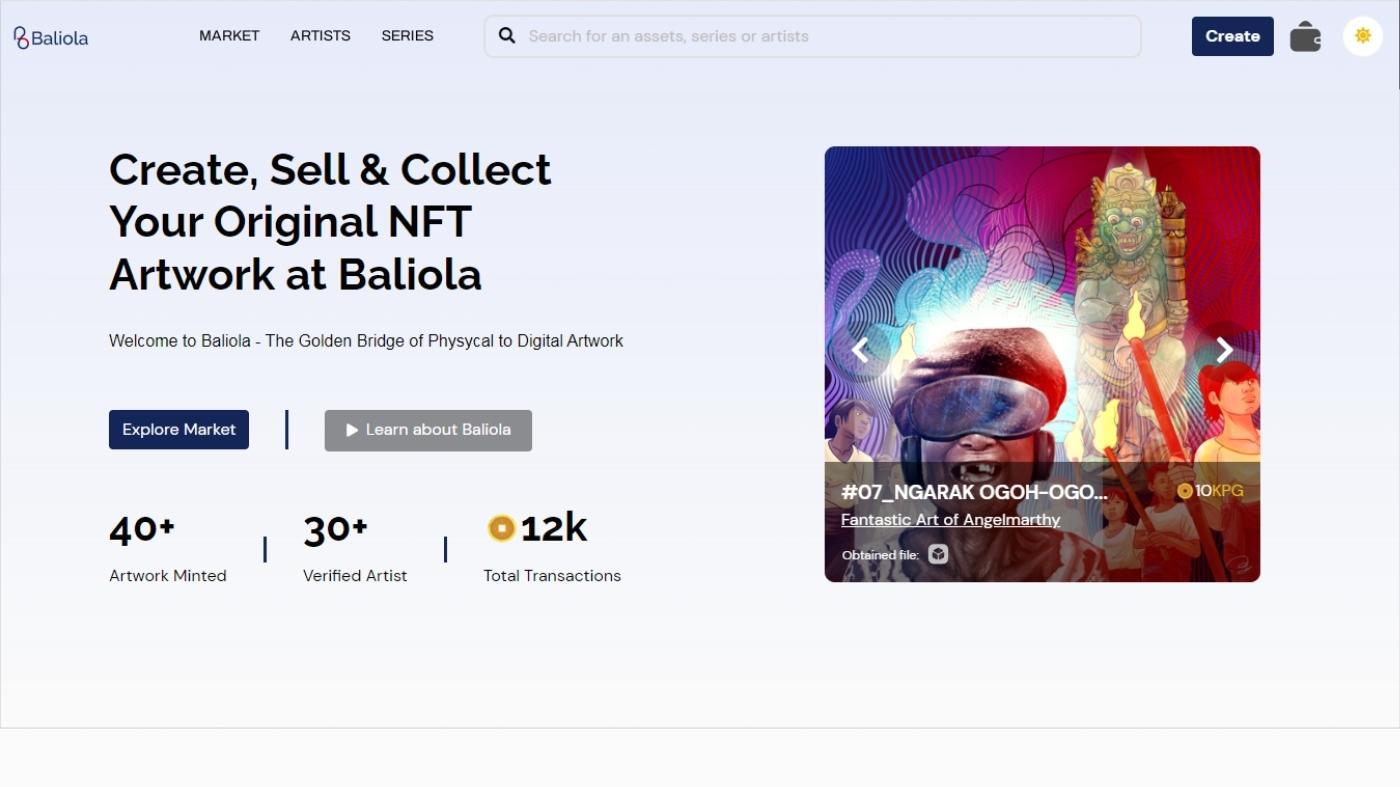 If you want to be a seller in Baliola, you must validate first, then create a page to display your digital asset. In this case, the sellers can make their product showcase. The presence of Baliola expects to promote the works of Balinese artists in the mainstream to domestic and international circles. 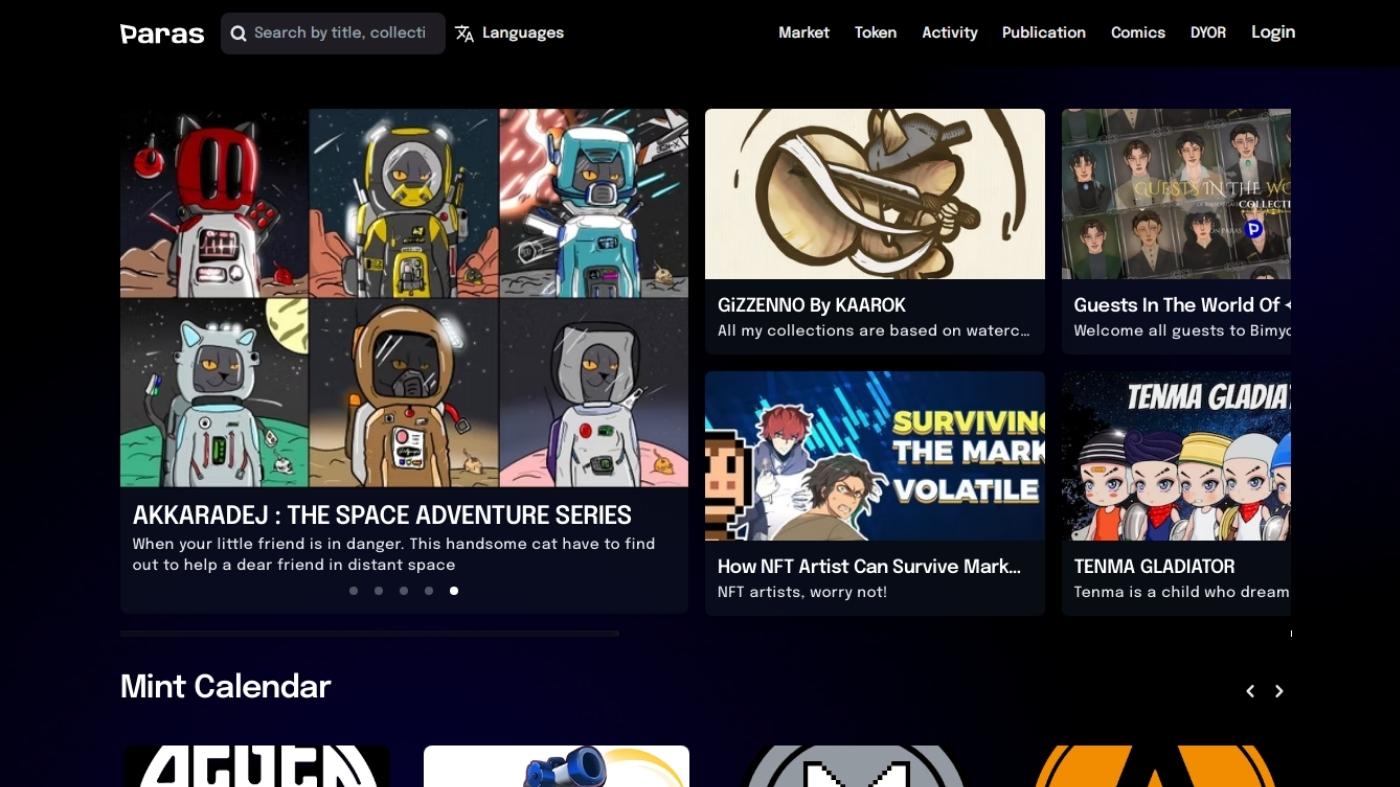 This platform came with the NEAR cryptocurrency as a medium of exchange between collectors and creators or artists to support cross-border transactions. Paras.id was successfully developed by Rahmat Albariqi and Afiq Shofy Ramadhan, entirely the NFT platform developed by the Indonesian team.

Paras.id is reportedly working on a digital comic project as an NFT asset. NFT assets included are comics, games, and all other forms of pop culture content. Paras.id recently managed to get early-stage funding from some investors. The total initial funding reached US$5 million or around Rp71.8 billion. 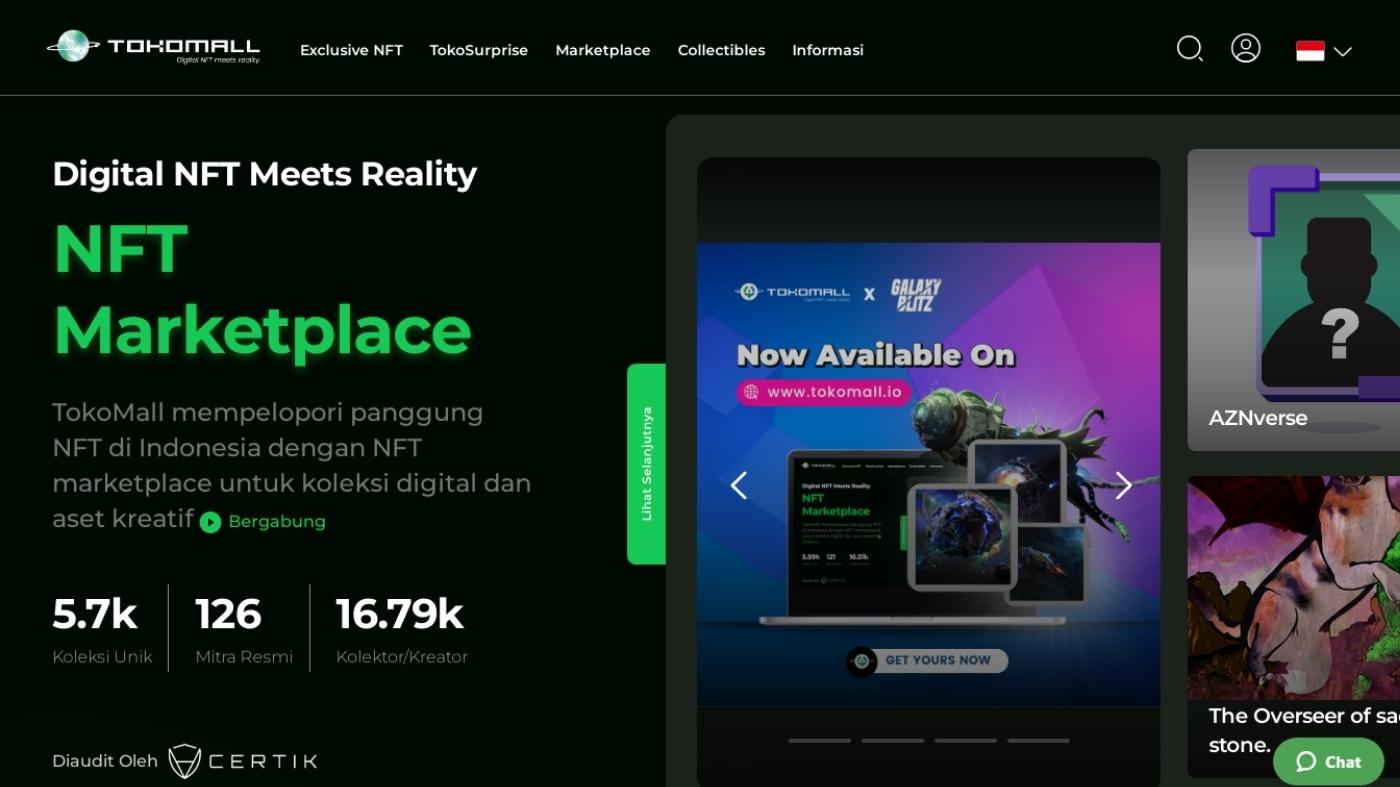 TokoMall was released in August 2021. This marketplace is under the auspices of the crypto application TokoCrypto and claims to be the pioneer of the NFT marketplace in Indonesia. This platform facilitates local Indonesian creators to showcase their work. In addition, TokoMall's role is to support local artists, artists, creators, and brands to help globalize their products using NFT.

There are many assets by local artists for sale at TokoMall. Here, you can find 37 million unique collections, 2,000 more official partners, and 25 thousand more collectors/creators. Besides, you can buy NFT redeem for physical goods from its exclusive partners. 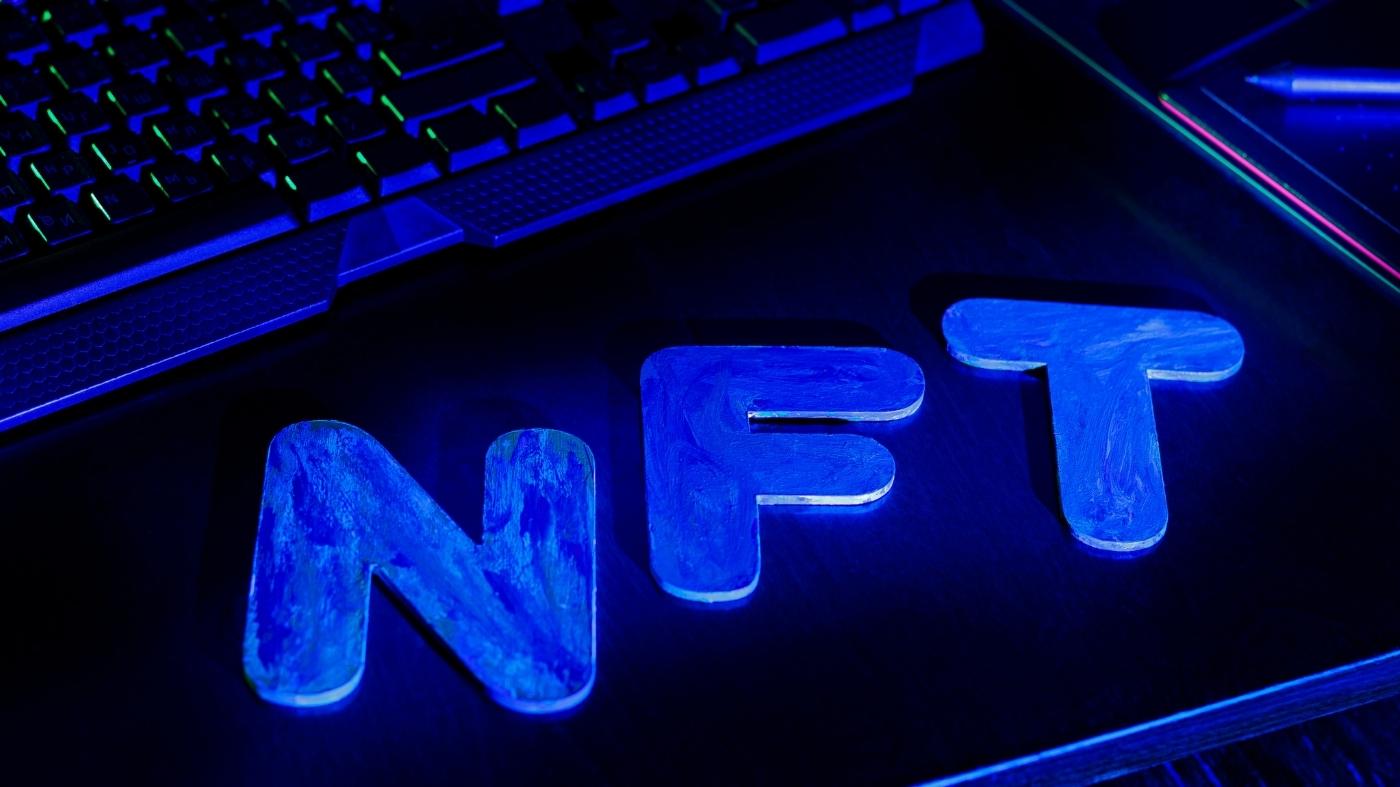 The Collectibles concept is the same as NBA Top Shot, a documentation platform of the best actions of IBL players on the field in the 2021 season competition. Interestingly, Collectibles NFT Marketplace does not only partner with IBL. They also plunged into the world of music and partnered with Laleilmanino. Later, Laleilmanino will utilize his assets in NFT, such as fragments of lyrics, voice notes, photos, workshops, and so on.

Collectibles are also considered friendly to the general public. You can buy NFT assets in rupiah currency on various popular digital payment instruments, such as GoPay, OVO, etc. 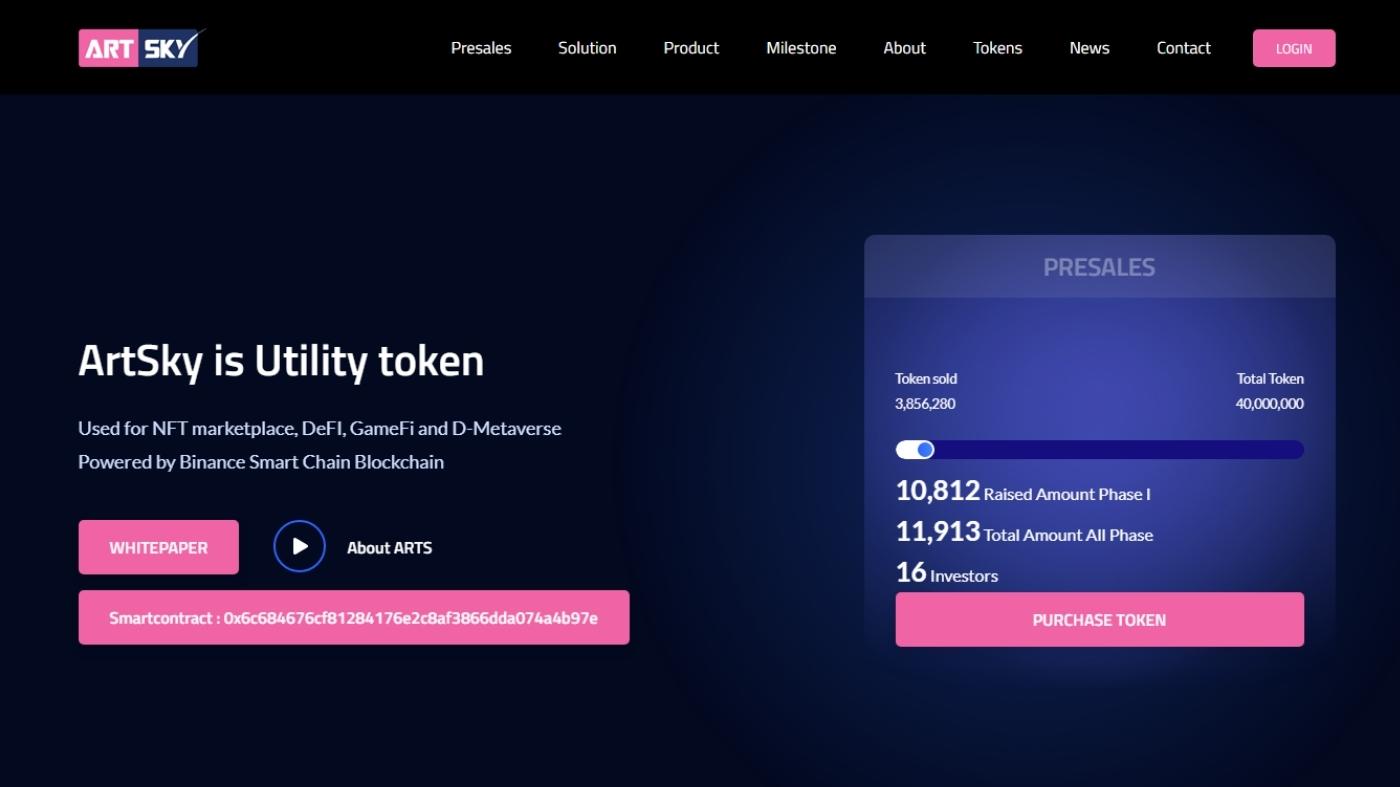 The platform is a utility token built on the BSC (Binance Smart Chain) blockchain. BSC can provide faster and cheaper transactions. As an NFT marketplace, Artsky aims to connect sellers and buyers directly. Artsky wants to be a place for people who have digital artwork and creative ideas to make money.

There are several types of works and fields of art shade, including gravity, digital art, video, music, painting, and photos. Artsky is also working on several other projects, such as nft games, DeFi, metaverse, and e-commerce, to support its marketplace.

Those are some NFT marketplaces in Indonesia and international NFT platforms. Want to try to dive into the world of NFT? Let's choose your version of the trusted NFT platform.